A real hunter, who will chase, mark, and eliminate his victims without mercy. He is the first pilot to bring a motorcycle into the arenas of Metal City, bringing a gameplay style that focuses in damage with all weapons, and can make the enemy team’s life a living hell.

Mark of the Hunt is his weapon 1, responsible for the mechanics of Vulture’s other weapons. Carrying three blades that can be launched from a great distance, deals damage to the enemies and applies a mark with a temporary duration. In case you miss one of the blades, it will stay stuck in the terrain for a few seconds, and any enemy that passes through it will take damage and receive the mark. It’s highly recommended to choose a single target to be chased by the blades, ensuring that the other weapons can deal as much damage as possible.

Blade Rip is the weapon 2, used to pull the blades that were launched back to Vulture. Upon doing so, the enemies will take damage according to the number of blades attached to them, and will also pull them towards him, making the ability strategic, once that the enemy will lose steering control for a little while. Other than that, it also resets the time duration for the marks applied to the target, providing more time to use the weapon 1 again and keep the number of marks in the enemy.

Soul Ravage, weapon 3, will boost the motorcycle forward, dealing damage to enemies in your path and that may have marks done by the Vulture’s blades. The damage will increase according to the number of marks in the target, so in other words, the greater the number of marks, the higher will be the damage! The combination of several marks using the weapon 1 and hitting your target will Soul Ravage can be fatal! Also, by hitting a marked enemy, the waiting time will be reduced by half, and if you finish them, the time will restart as a whole.

Thrill of the Hunt is the special weapon and can make the enemy team’s life a living hell. It launches several blades around Vulture, hitting all the enemies in your path. The number of blades varies according to the number of kills accumulated throughout the match, which means that you can deal damage and apply marks in several enemies, having the chance to eliminate your target even faster.

Facing death and remaining in the physical realm will always be the most life-changing experience one can have, and with Vulture, it was no different.
He was once the type of man people would label as normal, but he was certainly one to stare adversity with bravery.

While roaming the deserts, he thought he was done, but the leader of the Vulture Blades MC found him in that situation and tested him, by throwing a blade in his direction, which was grabbed by his bare hands. That is how he became the newest member of the biker gang.

Joining the biker gang also meant he would train to become a bounty hunter, and with each beast hunted his passion for it grew stronger, and becoming his reason to live.
While hunting for a pack of redfangs, he was caught by his prey, becoming the prey himself.

As he waited for his final gasp, a black-hooded figure came to him with an unusual type of offer, and as he wasn’t done hunting, he took the deal to remain in the physical realm.

The price to be paid was to be transformed into a golem, to wander around hunting for all eternity.

Despite how many beasts he took down and how many weapons he forged, after a few decades he realized that his human side was gone, a hole that was difficult to fill. For this reason, he went on a new quest to try to recover what he lost, but in that time, he also learned what the new body was capable of. He just wanted to feel the pleasure of the hunt once again.

Centuries passed, the world changed, but he couldn’t go back to his old self, no matter how hard he tried to find the figure who once made him the offer. After talking to tribes, time travellers, and any other remotely-related connection he could think of, his solution was clear: to remain on the hunt, but this time, in the tournament arenas, in the hopes of finding a worthy opponent.

After many battles and achieving glory in the arenas, he was one day surprised by a new type of opponent, one that were being called Zoomorphs. As someone who’s been in the long hunt for answers and trying to understand who he is, he was certain about one thing: hunting is his true nature, and a worthy challenger such as this didn’t come by every day. 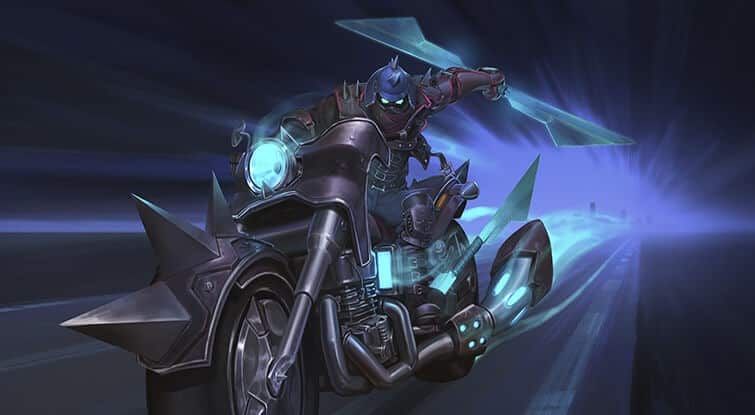 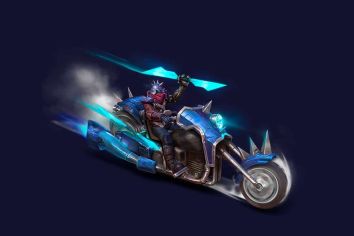 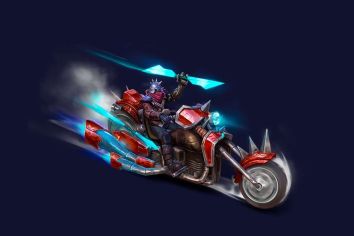 Vulture - Edge of the Night 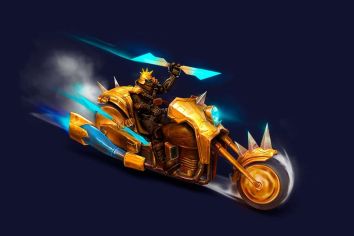 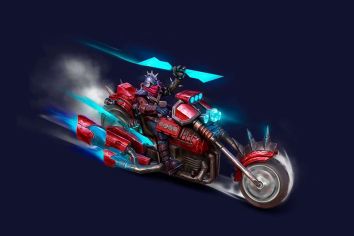 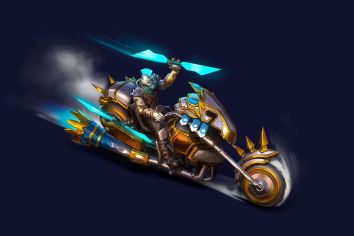