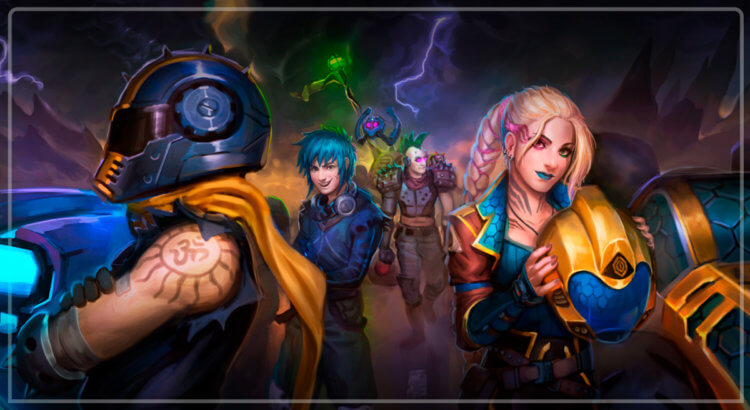 The Metal League follows the Metal Pass’ season and also a rotation rule. In this season, the matches will occur on the South American server, and the next season will be held on the North American server in early August, with a U$5,000.00 prize pool. So this is an excellent opportunity to get ready for the next season, the earlier you start training, the higher are the chances for you to be a champion.

This system works side by side with the Teams feature that’s already in the game. Only registered teams will be able to take part. Just in case, if you don’t have a squad yet, invite your friends to play or get in our Discord and create yours, our Community Managers are totally open to helping you.

The tournaments will be disputed in two phases: Qualifiers and Playoffs. There’s an exclusive queue that will be available only on Saturdays to join Metal League, from 4 PM to 10 PM UTC 0. In other words, free up space your schedule to play on Saturdays, okay?

This phase will happen on Saturdays, starting May 25th until June 29th, from 4 PM to 10 PM UTC 0. There will only be 6 classificatory steps, and the 8 teams that achieve the highest score will automatically be in the Playoffs’ phase of the tournament.

Wanna know how the points are earned on each stage? Check this post!

This is the final phase of the Metal League, it will happen on July 6th, where the 8 best teams from the qualifiers will fight for the prize money in a single elimination bracket system. Guess what? ESL Play will join us in this edition!

If you’ve seen the European and South American Championships from 2017, or the Playoffs from the first season of the Metal League, the format will be similar to them. Here, the winners will be decided in best of three matches, with single eliminations.

So, if you don’t have a team yet, get together with your friends, invite everyone, and create groups to play. Get to our Discord channel. I guarantee that with this new feature there’ll be a lot of players looking for teams too.

And as any tournament, there are rules to follow. Pay attention to ensure your path to the Victory.

Rules of the Metal League