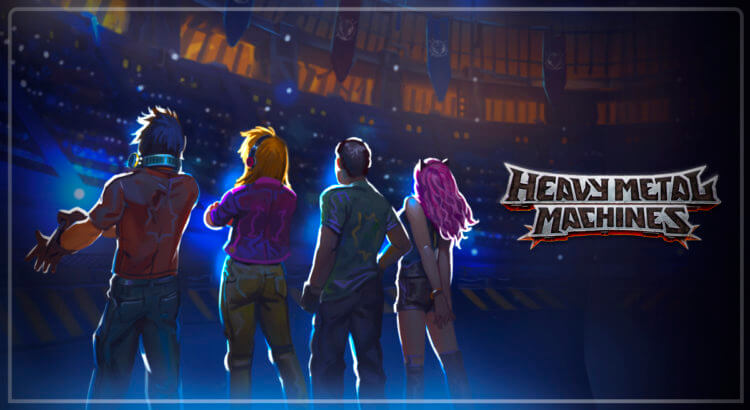 Heavy Metal Machines, named The Best New MOBA of 2018 by MMOHUTS, is bringing a new feature to the game to make the scene more competitive for players. The Metal League‘s an in-game event that creates a tournament based on the teams’ score ranking, with a prize pool of €5.000,00 (five thousand euros) besides items in the game.

The tournaments in this new feature will be disputed in two phases: classificatory and brackets. To get in the brackets’ stage, the teams will need to score during the classificatory.

This phase will happen on Saturdays, from 14h to 20h UTC-0. In this first season, there will only be 6 classificatory steps, and the 8 teams that achieve the highest score will automatically be in the Brackets Phase of the tournament.

This is the final phase of the Metal League, where the 8 best teams from the classifiers will fight for the prize money.

This new system, Metal League, will be added to HMM on March 7th, and the first step of classifiers will happen on March 9th. It seems far from now, but it’s right ahead of us! Invite your friends now and start training!