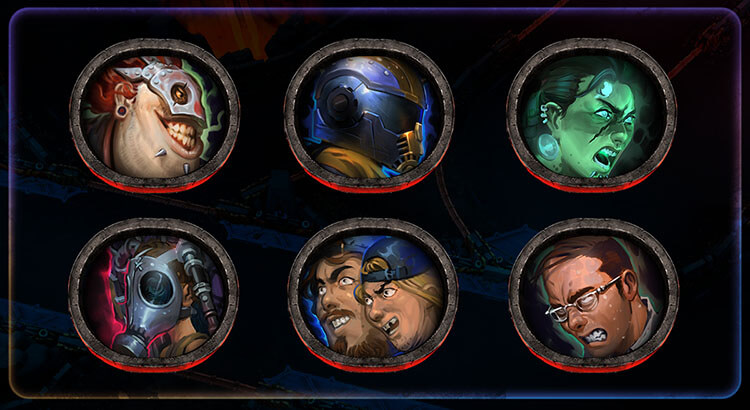 You already know the pilots who like to play as a team and their friendships. But Metal City is a big city, and there are also those who simply don’t like company. We’re talking about the lone wolves, the characters who are on their own and like to keep it like this. Wanna learn more?

She’s the daughter of the most famous pilot of Metal City: the Champion. After the mysterious death of her father, Little Monster became orphan and learned how to live alone. Because of the circumstances of it, she doesn’t trust anyone. Race alone and smash opponents is her thing – and actually, she really likes it.

Why she’s alone? Trusts no one after her father’s death.

She used to live with her tribe in the mountains. One day, the Scourge of Metal City (Full Metal Judge) appeared and murdered every single person. With the help of nature and the spirits of her ancestors, she came back to life to avenge her people!

Why she’s alone? Has just one emotion, the vengeance.

Killer J. actually has a cult around himself, but he’s just too selfish to even care about his followers. He is a thief and a trickster, so the only thing that matters to him is… himself.

Why he’s alone? Too selfish to care about other people.

No one knows anything about Black Lotus. The gender is unknown, so people use “it” to describe this pilot. The power source is also unclear: is it magic or technology? With so many questions, it’s almost impossible to say anything.

Clunker brothers are always together, but never with other pilots. They even sell some junk to some people, but after their family’s death, they only trust in each other. Besides being alone, we can say the Clunkers are still the most friendly folks in Metal City – but only if you have money to give them.

Why they’re alone? Only trust in their family.

For some people, it’s hard to make friends. For someone like Rampage, it’s impossible. After being betrayed in the past by his employer, he doesn’t trust in anyone and is always angry and with hunger for destruction. Can you imagine this guy at a social event or a date?

Why he’s alone? Consumed by anger for the rest of the world.

Which of them is your favorite? Tell us in the comments the reason!