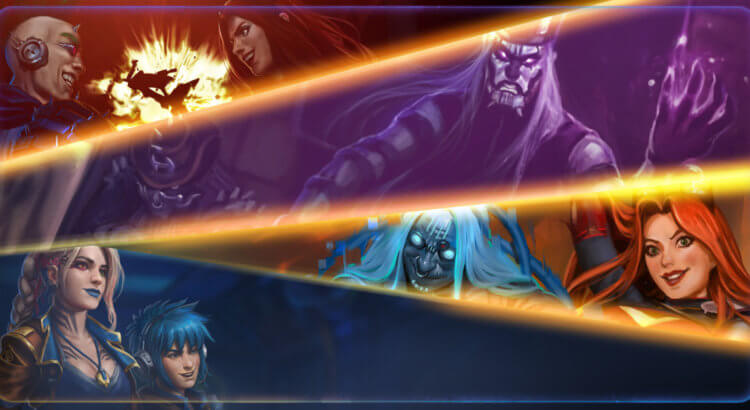 Heavy Metal Machines is a game made of teamwork. You have to talk to your friends to adjust your strategies and learn a way to win your matches. But do you know which characters make a good team together?

Learn more about the pilots and their relationships.

FMJ was called “Red Blight” before Herald found and converted him to the Sect of Metal. Since then, they become very close, and the gunslinger stands as the right hand of the Dark Pope. Together, they hunt the heretics who dare to defy the Metal God’s world!

Dirt Devil is a leader by nature. He’s the Sand Pirates captain and knows better than anyone how to lead and keep his team motivated. In the other way, Wildfire has difficulties to socialize and interact with other human beings. However, they used to hang out together and were a great team riding in the desert.

Stingray is the leader of the Under Dogs. Photon is a scientist seeking tech. What they have in common? They hate the Sect of Metal. Hunted by the tyrannic Metal Herald, they team up to be the light of resistance in Metal City. Both of them are young and brave, so make the perfect combination of fighting the old Sect’s culture.

Artificer woke up in a post-apocalyptic world and had to figure out how to live there. She adopted two girls to become her daughters and trainees. Wildfire was the most gifted, with a pure talent to handle with machines and flames. After a while, the foster daughter decided to separate ways with her mother, but the connection between them is still there somewhere deep inside.

Did you like it? Tell us which duo is your favorite!