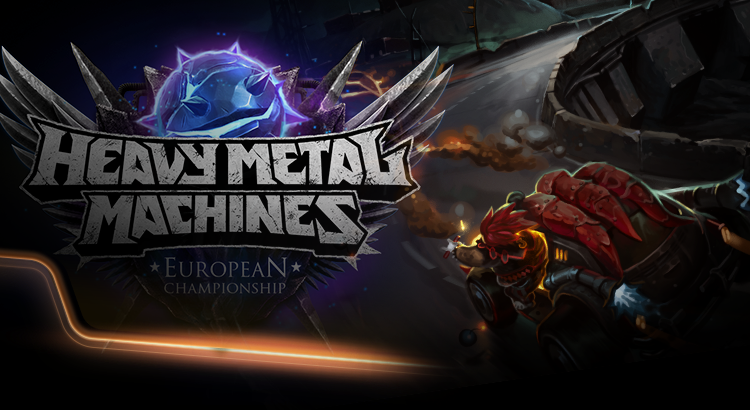 The first European Championship of Heavy Metal Machines has ended with a Russian team as the grand champion. To get there, they played well and trained hard to get ready for any issue that may appear during the matches. Thinking of it, we have chatted with the captain of KVASDOPIL T-Bone to discover what’s behind the team’s success. He gave some useful tips for beginners and told us a little bit more of what it takes to become a good competitive player. Check it out!

HMM: Which is the main strategy used by your team to win the Championship? The focus on damage, a balanced team or to avoid being killed? Why did you and your team choose this strategy?

T-Bone: At the start of the Championship, we focused on the output of team damage. Trying to maximize it with team buffs from Photon and Little Monster, dealing the massive damage with Rampage and Killer J. Enemies were “forced” to attack us as the Little Monster would make sure to get the bomb, and we were fully prepared to give them a warm welcome and send back to the start! However, after the qualifiers, we switched to another tactic, which would set the survivability as our top priority. It turned out to be very effective. The longer we were able to stay in a fight, the more damage we dealt. It helped us a lot to keep an advantage over enemy teams.

HMM: Now we have two different arenas, but the Championship was played all on Metal God Arena. Which battleground factor is more important for a competitive player to keep in mind?

T-Bone: I think the best would be understanding of where the enemies will come from and where they can run. It might be important in cases when you are chasing somebody to finish them. Also, when you are proceeding towards enemy territory, it is better to know the most dangerous spots on your path and be prepared.

HMM: In your opinion, was the voice communication element decisive to get wins on Heavy Metal Machines?

T-Bone: I wouldn’t say decisive, but it surely helps to coordinate in some tricky moments. Besides, it greatly helps to cheer up your teammates in the worst moments. I think that the team mood is very important, especially in HMM.

HMM: What’s the main point to focus on when preparing for a Championship: to play well with a unique pilot or increase the pool of pilots that you are able to play with an average performance?

T-Bone: I would pick a golden middle: making sure you can play well with several pilots. While it might be good to try and master one particular pilot, knowledge of capabilities of other characters helps to “read” them in the match later.

HMM: We used the new bomb in this Championship. With less than a month to test it, how do you see the way the players used it? There are more or fewer passes than the expected? Was it used well to cause damage?

T-Bone: I think players preferred to grab & hold the bomb as much as they can and pass it only in close range (I have once seen enemies doing it in their own dropper, just to be sure that nobody from another team would steal it, hilarious). Of course, there could be more passing, but it’s too risky, especially when playing in Championship. However, using it wisely can help in defense (at least on Metal God Arena, because droppers near the last turn give a safe zone to throw and pick up the bomb back) and turn the tide of the match. From my own experience, if I were to carry the bomb and saw somebody with half HP near me, I would try my best to kill them with the bomb.

HMM: How important is the draft to the match’s result? Do you think that a team who does a “bad” pick can compensate with in-game skills or the team’s setting is decisive?

T-Bone: The draft heavily impacts the match result, in my opinion. I think if the team had a “bad” pick they could try to fight back and do a miracle at the start, but if the match goes longer, the team with better composition will win.

Though I am not sure how bad can team’s pick be. Talking about our team, we knew what we are going to pick in both cases either we pick first or second. So, we tried to make sure we know what to do in any situation and turn any “bad” pick into good.

HMM: What is more important in draft time: assure that your best player has his favorite pilot or avoid the enemies to get theirs?

T-Bone:  I would go with the first option.

Blocking picks for the enemy is good, but it needs to meet 2 conditions.

While choosing favorite pilots for your team makes your teammates more confident on the battleground, and there are no downsides, as far as I can tell.

Talking about the Championship experience, we’ve asked this question ourselves too and came up with the idea that each one of us will try to master 2-3 cars they mostly like. I think the hardest would be to find somebody who can play effectively as support. It requires a lot of patience to try and stay out of the fight, just helping your teammates when they need it. I would always go straight to the center of the action and die in 3 seconds, leaving my team without support. So, spreading the roles is the key, in my opinion.

Wanna use all this knowledge right into the game? Download Heavy Metal Machines now, it’s free!