I’m Ygor, Lead Game Designer at Hoplon, and I was the leader for the development of this new Friends system for Heavy Metal Machines.

In all games, it’s common for competitive players to crave for social contact.

After all, competing is also a way of relating to other people. Our desire for victory, our will of being challenged and overcome these challenges, our crave for triumph, are all associated with our willpower of becoming a winner, and being recognized by others as such. In that sense, social features that can make players interact with each other contribute to the competitive aspect of all games.

Heavy Metal Machines, as the competitive game that it is, already has features like this. In HMM, it’s already possible to create groups and teams, with the goal of participating in matches with these other players. Besides, it’s already possible to add friends and chat with them via text or voice chat. However, for the way this system was implemented, so far, we’ve been tied to the Steam platform: under the Heavy Metal Machines friends system, we’ve been integrated into their relationship architecture. Such architecture, along with its restrictions, has always been a limiting factor of what we can make for the game, in the social aspect, including the fact that Steam didn’t allow anyone to add people as friends unless they had spent money on the platform, which goes against our philosophy of offering a free-to-play experience.

Nowadays, however, they’ve been left behind! With the launch of Hoplon Friends’ first version, we took the first step towards a new range of possibilities and potential improvements for interaction and socialization.

In order to pave the way for these future features, the first version contemplates a complete decoupling of Steam’s infrastructure. It’s as if we had changed the engine of a car: on the surface, things should be working as they always have been. The process, however, involved rewriting the feature from scratch, which leads us to resolve a series of old issues related to its previous implementation.

Also, as a way of “testing the waters” of this new infrastructure, we added a feature to our Friends’ system and in-game communication: the Profile card for the Player. 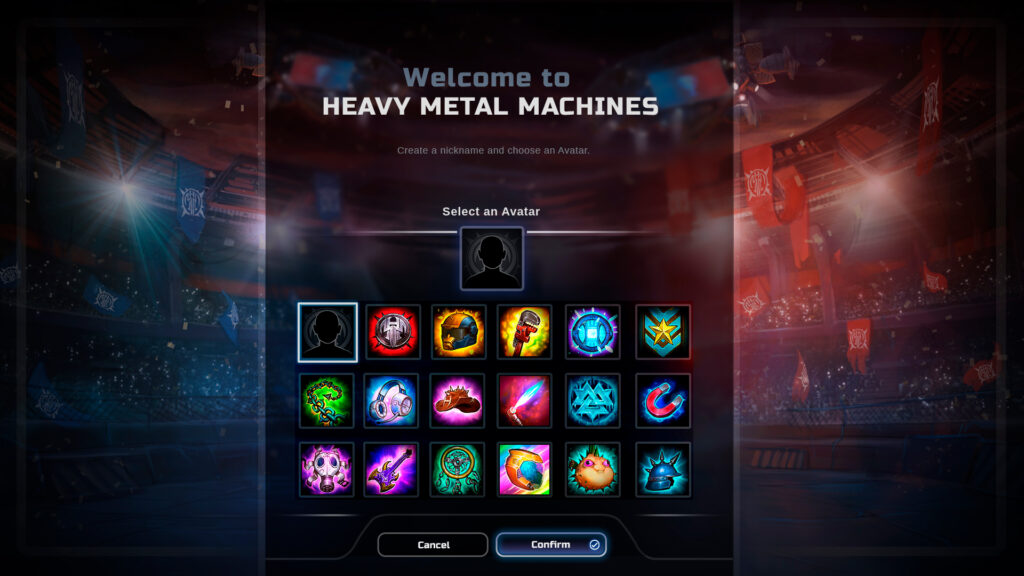 Now, by hovering the mouse over the Nickname of other players in HMM’s interface, this screen will pop up, revealing relevant information about the person who’s on the other side of the server. Now they are at your disposal. Use them wisely! 😉

Commenting about these changes, like this, after they are done, make it seem like they’ve been easy to make. Not so much! Changes made in “the entrails” of a software, no matter how small, always represent a challenge, by the way they tend to connect to the different and widely varied parts of the system. Even more so, if we’re talking about the Hoplon Friends, which accompanies the player in practically every Heavy Metal Machines screen, in one way or another. Programmers, artists, interface designers, game designers, and testers: the entire team, and we are talking about almost 20 people, who deserve all the credit for having successfully completed this release. Congrats to the team!

Now we hope that you, Heavy Metal Machines players, communicate and interact more than ever, inside and outside the game. We’ll continue on this path, as there are still many features and improvements we can make. And that we will make. Now we have freedom for that.

See you all next time!