The Metal League Pro has cash prizes, and is played by veteran teams. There is a defined set of minimum participation requirements in the game to be considered Pro.

The Metal League Beginner is open to all teams that don’t qualify for the Pro division, and the rewards are in-game items. It’s a great opportunity to try out competitive play and receive some cool items in-game as a reward!

The next Season starts on July 4th

Metal League 9 will take place on the South American and European servers, with a total prize pool of 5,000 Euros! 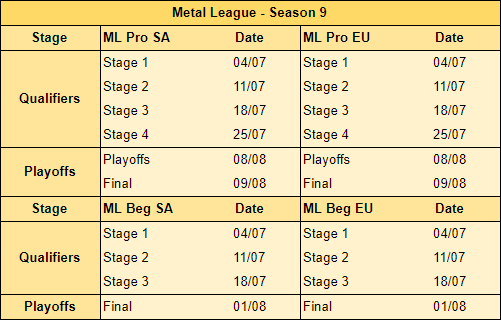 More news about the Metal League

Check out the Metal League rules