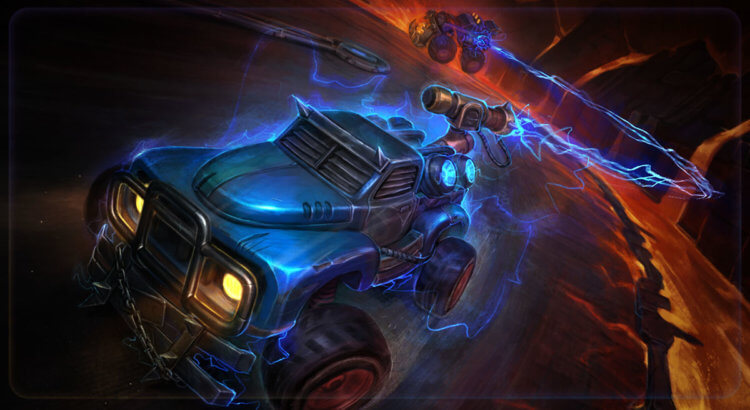 We’re kicking off a new series of posts called “Masters of Metal City”. In this space, we will get tips about each character from the best players — the real masters! Today, we start with Clunker: one of the most versatile interceptors in Heavy Metal Machines.

We talked to 3 players: Dankai, BnD and ColdHands, let’s check it out:

Dankai: A good tip is to throw the hook (weapon 2) at the bomb right after the start of the round. This will increase the chances of securing an advantage right at the beginning.

BnD: Always try to sync your abilities with your allies, pull the enemies straight into the Dirt Devil’s special, for example. It can be a devastating combo!

Always start using the special weapon out of the enemy’s screen, always looking at the minimap. This will give them less time to flee or escape from your ultimate. Also, always focus on the interceptors, bring them out of the game so your transporter will have a freeway for the bomb.

Dankai: One of the secrets is to anticipate the opponent’s movements. Heavy Metal Machines is fast-paced, so you always must think of where the enemy will be so that you can hit the hook.

ColdHands: A good Clunker doesn’t need to care about damage, but only taking the bomb away from the enemies. The special weapon can be successfully used when you are about to concede a goal. Defend your base with this ability and pull all the opponents with you, far away from the bomb.

BnD: Patience and precision are the keys to master this character. This pilot has a great potential to turn matches around. You must understand that there is an offensive and defense way to play Clunker.

Focus on the best player from the other team, “get into his head” and take them out of the match through their emotions.