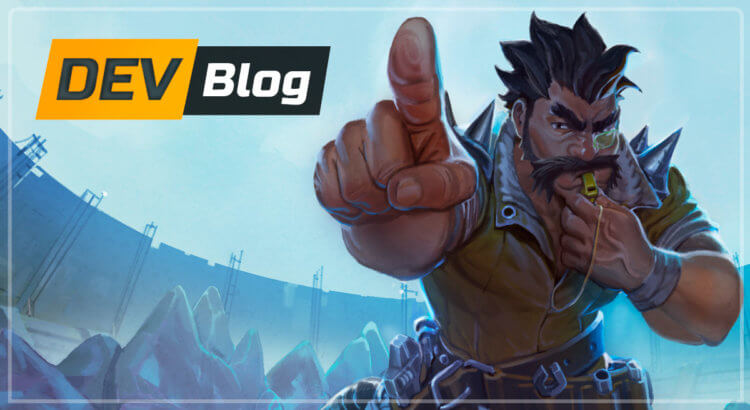 Hi everybody, I’m João “Ousado”, Game Designer of Heavy Metal Machines and a few weeks ago we released the new Training Mode into the game, which brought a new way for beginner players to practice their skills in matches against bots and with specific modifiers to facilitate their learning and understanding of the game, without modifying the player statistics.

Why We Created The Training Mode

We always thought that the Tutorial wasn’t enough for the player to finish it and already start playing against other players. Often times, this player would complete the Tutorial and start playing matches against more experienced players, which resulted in a frustrating experience, so the Training was created to help avoid this frustration.

On the other hand, we did tests that showed that novice HMM players were trying to find a Training Mode inside the game. Considering these two pieces of information, we decided to create the Training Mode.

We determined that the Training would be more focused on beginner players, as it was from them that this necessity arose. So we made this version of the Training where the beginner player has a more controlled environment, to learn how to play HMM, divided in 2 training modes, “Interceptor or Support” and “Transporter”, according to the pilot role the player wants to train.

Several people were involved during the development of the Training. I participated as Game Designer, Cami and Marcelo BND did the entire Design for the UI, Rafael Hrasko and Stefano participated as developers, Raqsonu worked in all the art pieces for the screens, Luis “Modesto” and Leo “Pato” participated as QA Analyst and QA Tester, respectively.  Besides them, the entire QA team participated actively in the later stages of production.

The development of the Training lasted around 2 months of production, and around 3 to 4 weeks of pre-production while was being discussed how it would be developed.

We had a few technical difficulties, but nothing that became a significant impediment to the development. One of the hardest parts was the difficulty of the Training. The difficulty in each mode (“Interceptor or Support” and “Transporter”) is directly connected to the way the bots behave and the modifiers added to each mode. For such reason, it made us work simultaneously in both the Training and improvements for the bots, which will be released in the second update of the Training. To better understand the difficulty and behavior of our bots, we did a variety of tests to ensure that we were aware and comfortable with the result. The tests later generated the changes made to the bots in the Casual queue, by keeping them from dropping the bomb on their own, as well as knowing how to launch the bomb into the goal and improve their overall movement.

At a product level there’s the expectation that the Training will help players who earlier would leave the game for not understanding it or having a very frustrating experience when starting to play the game, now will stay in the game or would give HMM another shot. Another very important result for us is that the quality of the beginner players improve, so that whenever they go to the Casual queue or even Ranked, that they are better prepared for them.

The Future of the Training Mode

As a first deliverable, the Training is finalized, but there are several other improvements we want to make. However, any and all changes in the Training, or the addition of new modes will be based upon the analyzed data we have. This first version was created in a more “simplified” way so that we can assess how much we’d need to invest on a more in-depth Training. We are aware that the current Training doesn’t actually teach players, and that it only creates a more controlled environment for them. Should it prove necessary, we have plans to implement other training modes and more options that can increasingly help more beginner players to be better prepared when entering the queues.

And that’s all! I hope you liked it.

Until next time, and I’ll see you in the arenas!