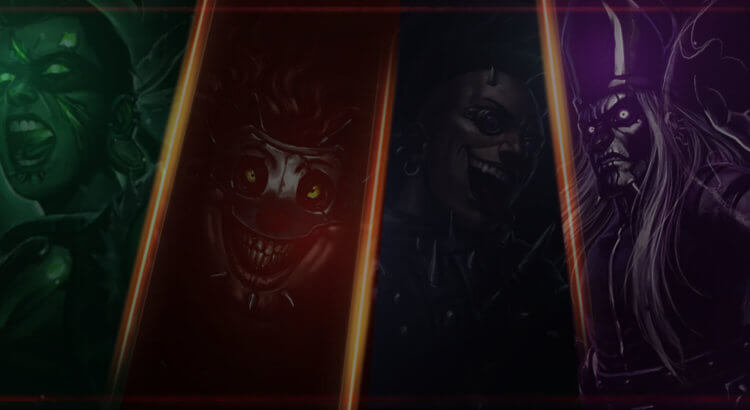 The Combat Test is an important step for the Heavy Metal Machines development, and now we’re bringing back some old school pilots with the adjustments and balance that we have learned so far. We designed them thinking on the first Combat Test feedback we received, but you guys can still share your opinion with us to improve even more.

Do you wanna learn what’s new?

Of all the four new that are back to the show, the clown is the one with fewest changes. However, you guys can expect much more fun on his primary weapons. The double activation of his Weapon 2 (W) will definitely be something cool that everybody is gonna love!

Hello, mother nature! Bring back the eagles, the horses and… buffalos? That’s right! Windrider is coming back with some cool new effects and a wild Weapon 2 (W). The Bull Rush is a weapon with spiritual buffalos ready to push all your enemies!

Oh captain, my captain! The crew can celebrate now because Dirt Devil is coming back. The main news about this pilot is his new Special Weapon (R) called Release the Devil! He summons a whirlwind to cause damage to enemies and kill them all!

The Metal God has been good to us and improved His most beloved son: Metal Herald. Now, the pilot is all about giving shield to himself and his allies. However, the coolest new thing is his Weapon 3 (E), which transports him to the Metal Dimension and allows him to pass through the enemies while boosting himself forward.

Did you like it? So stay tuned in for more news and the full Patch Notes on our next update!