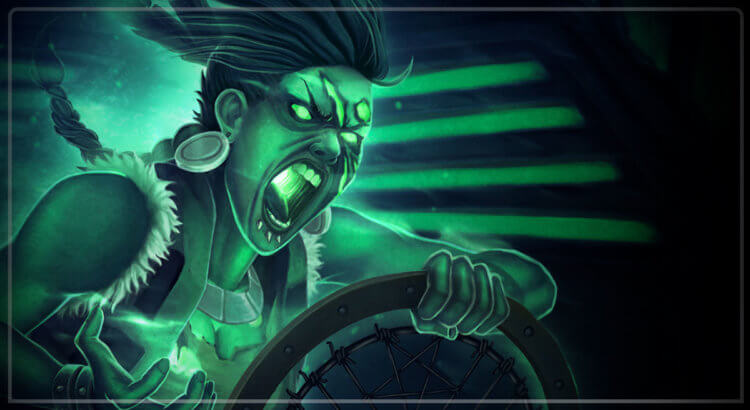 As the last season’s theme was about the Sect of Metal, we took the risk of telling you the story from one of the most dangerous enemies of the Sect and their disciple: Full Metal Judge. Now it’s evident that we’re talking about Windrider!

Long ago, Windrider lived in the canyons called The Pits, among the Manooby Raonis’ tribe. They were in this place to live and pray without the influence of the Sect of Metal. Unfortunately, she had to find a way to sustain her tribe.

Windrider went to Metal City, to compete in the arena and get some money, and it soon became her primary source of income. This happened until the day she felt the presence of evil in The Pits, making her run back there.

Along the way, she experienced her end by the same hands from the one who killed her family. Windrider named the responsible for this as Scourge. But we know that it’s Full Metal Judge who did this.

But this wasn’t her end, she returned from death as a spirit and went to the arena, not for money, but for revenge against the killers of her tribe.

Her vengeance is not a small one since she didn’t lose only her family, but also their resting place, where the Sect of Metal built a profaned arena called Cursed Necropolis.