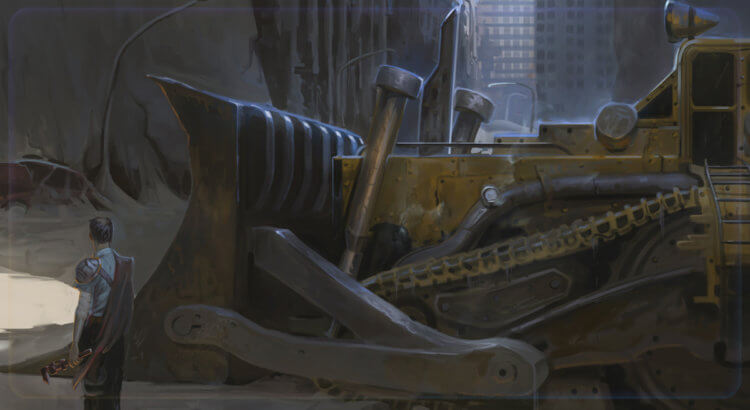 Rampage wasn’t always the rage-filled destructive force of the nature he is today. Once, he was a brilliant engineer who sought to make the world a better place for all, to bring technology and prosperity to Metal City. He wanted to turn the town into a shining beacon representing the best of humanity.

Behind the steering wheel of a tractor, he wanted to help reconstruct the world through honest and hard work. Then he was betrayed, imprisoned and forced to build a fortress to Solomon Lorde. What was not expected of him is that he would transform his civil tractor into an unstoppable destruction machine. Rampage, as he is known since the incident, lost faith in the World and is now fueled by pure hatred.

Inside the arena, he is an impetuous and furious destruction force. In the streets of Metal City, no one dares to stand in front of him. In every single place, his name inspires respect or fear — or both. The bright young man who sought to change the world now seeks only to bring it all crumbling down around him, to feed his insatiable rage!

Rampage is coming back to HMM, are you ready to face his rage?