The story behind the new Arena is mainly related to Windrider and her tribe. They were living in peace on the tribe fields until the dark day that Full Metal Judge made his foray to eliminate all living beings there.

He was succeeding but was not expecting such strong defensive line, a divine protection called by the tribe ancients: the Divine Serpents.
Even so, Full Metal Judge overcame the defenses… and in a desperate final move, the Serpents called an ancient curse that almost killed FMJ and transformed his life forever. The same curse, however, also reawakened the Windrider spirit! 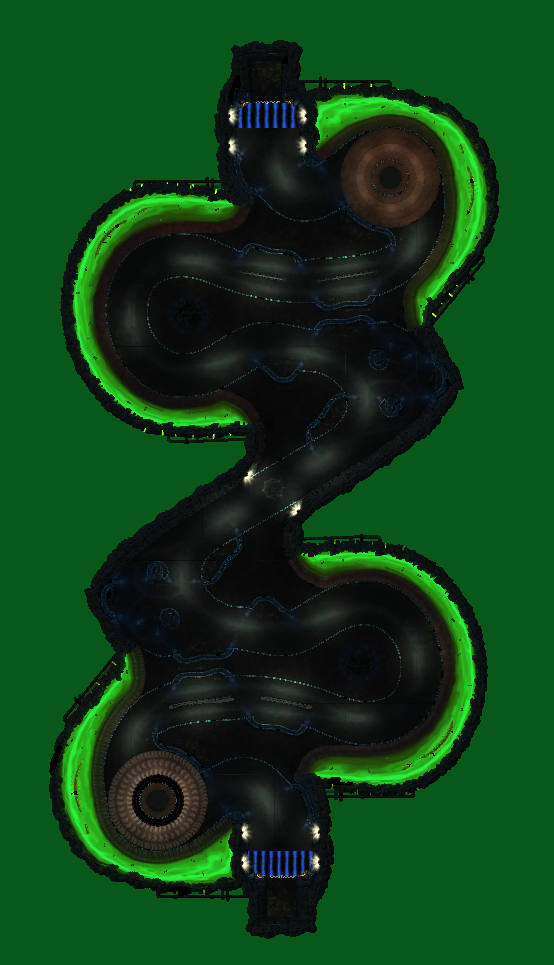 The arena has wider roads which is good for passes and spread out battles.

The goals are wider and it is less difficult to score.

The arena doesn’t have sharp turns, so the player doesn’t drift around and hold more control of the vehicle.

The starting point is closer to the spawn point of the bomb, so the new players don’t run the wrong way in the beginning. 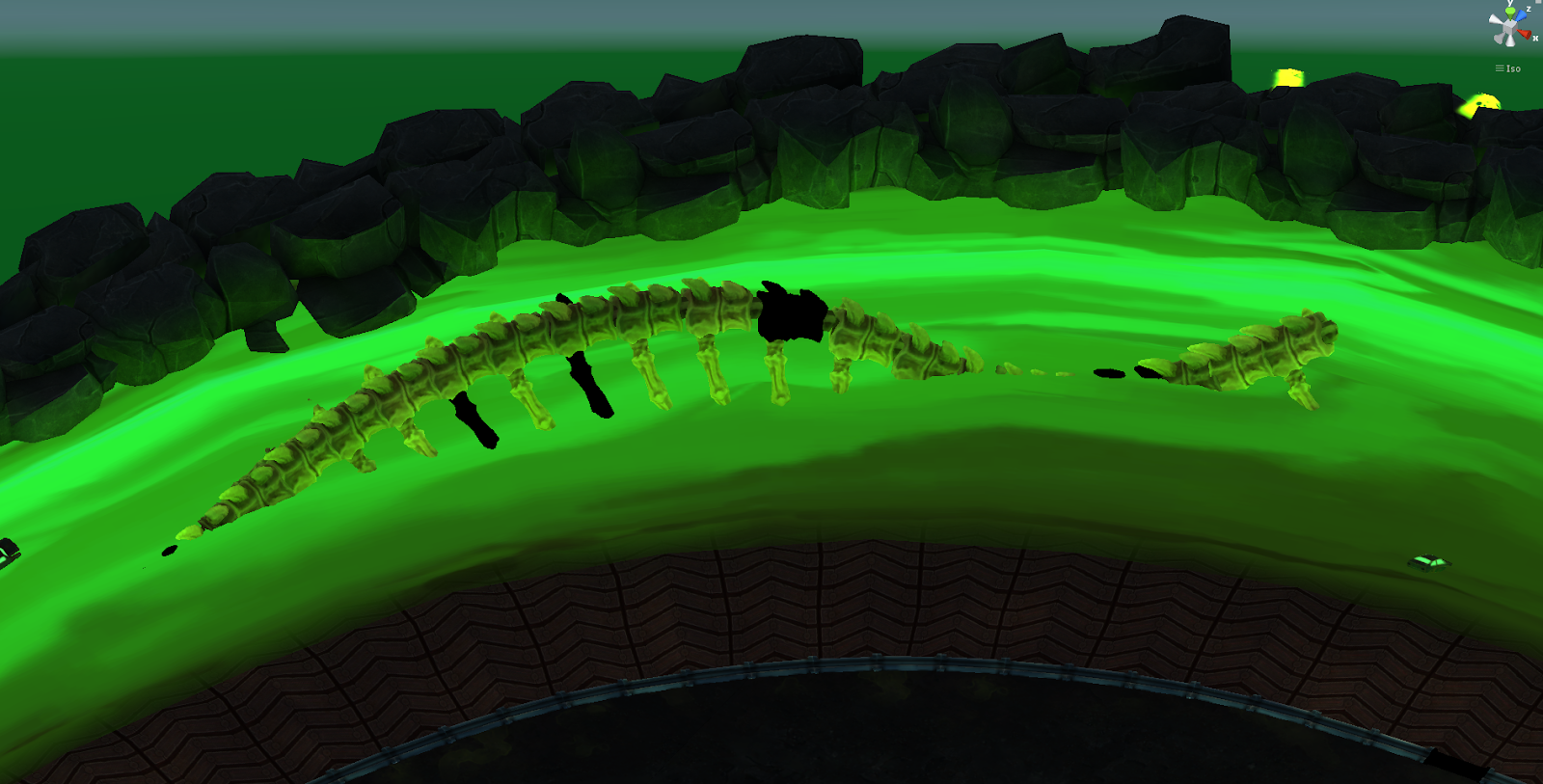 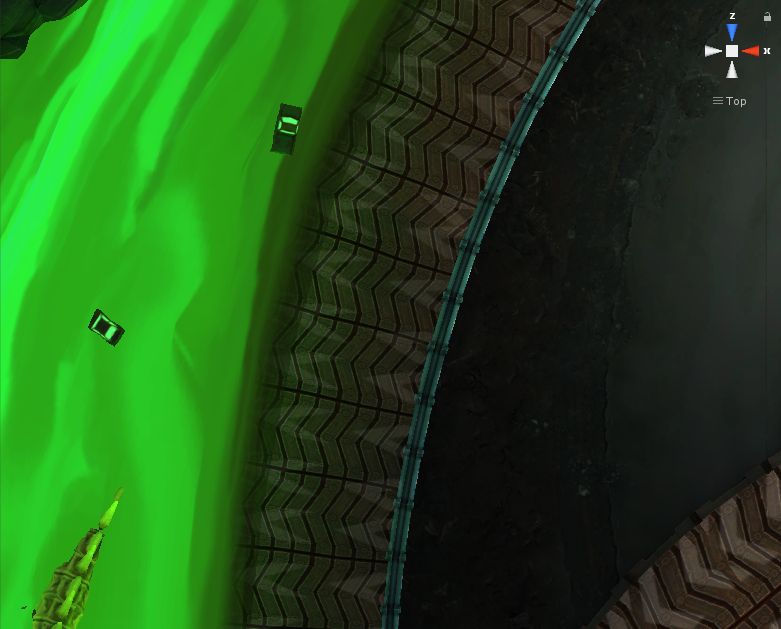 The acid works similar to the lava in the other two arenas. Before getting to it, the player will face a blocker and treadmills. The blocker has the same mechanic from the other arenas. The treadmills are a new feature: it slowly pushes the player to the acid. Yet, the wide road gives the player enough space to maneuver and avoid death. 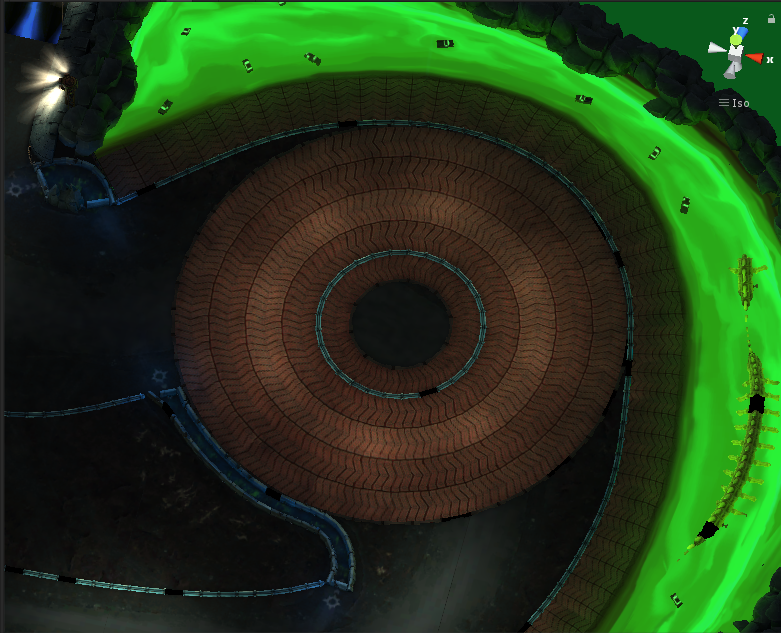 The Ritual Circle is the final obstacle before the goal line. Here, the player can either run over the outer lanes and get sped up or choose the inner lanes and slow down. In one case, you could end up in the Acid. In the other, detained by the enemies.

The circle is empty in the center, but there are blockers around it. It serves as a third option to the players that are not carrying the bomb. The circles spin in the counterclockwise way, so when the enemy retrieves the bomb, the there is a shorter and safer way to counter-attack. 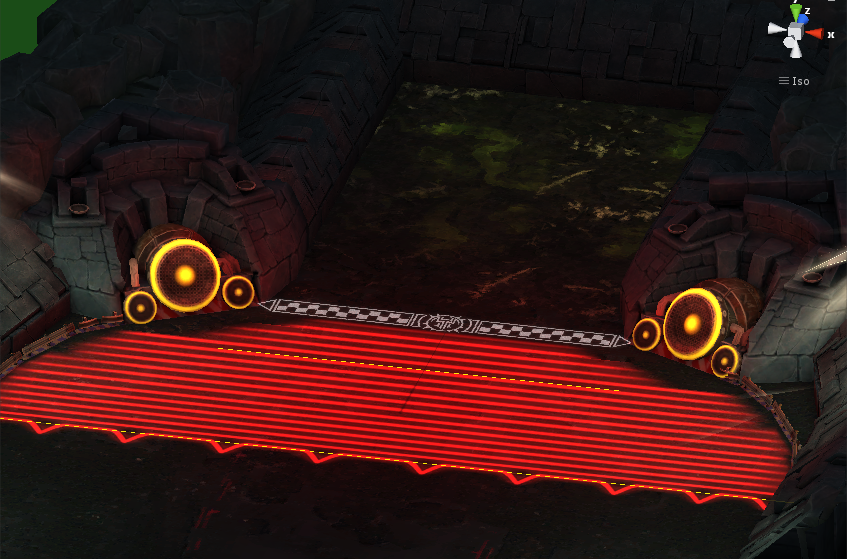 The Bomb Repellers work as posts to the goal. If a player throws the bomb and it hits them, it bounces back with spin mode activated. The repellers  main objective is to prevent the bomb from staying still on the dropper and accidentally crosses the goal.

After several internal tests, we noticed that the damage dealt by the bomb was affecting the fast-paced gameplay. There were moments the players didn’t understand where the damage was coming from. For now, this damage is off, but it is subject to changes in the future.

We decided to remove this feature temporarily based on the feedback provided by the community.

We realized this feature isn’t well shaped enough to fulfill our expectations. We are going to keep working on it so it will be part of a better and greater experience for the players.

Changing the camera is one of the ways to make the game more ‘understandable’. It will increase the field of view and make the game a little bit slower without changing the real speed of the machines