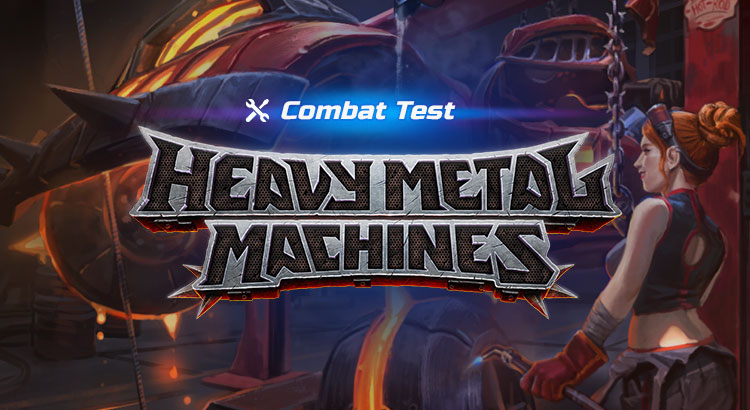 The game is changing! The Combat Test will be initiated on the 14th of February, and several changes will be applied, so that, with everyone’s help, we can define our future updates. After that, we’ll position ourselves on the 21st of February to provide the test results and our next steps. Learn more:

What is the Combat Test?

It’s a gameplay test, and as the name says, it’s focused on combat.

Several changes will be applied so that we can evaluate the players’ answers about the latest version.

The main change will be in the lethality of the characters: we want everyone to feel more of the power of the cars and how they help the team in the match. During the test, the two arenas will remain available.

The test will be done in the same live version of the game, meaning that everyone will be able to participate. This way, the data collected will be realistic, and we’ll be able to analyze the results to make the right decisions assertively.

What will change during this period?

There will be several changes, in some key aspects of the game:

During this period, four pilots will be available: Little Monster (transporter), Artificer (Support), Wildfire and Stingray (both interceptors). These characters were chosen by historical data, by being the most played, and for being easily comprehended by the community. We opted for these four because remodeling all thirteen will require a lot of effort in a moment where the focus is to make this test. All characters will have their abilities/weapons adjusted, providing more focus on the lethality:

All abilities/weapons have been redesigned:

Shoots a thunderbolt that repairs allies and causes damage to opponents hit.  The bolt is only destroyed when colliding with the environment and/or upon getting to its maximum reach.

Creates a thunderbolt that deals damage to opponents around you. Opponents that are directly in front of you receive double damage.

Generates an electric field that deals damage and skid to all opponents who stand nearby you.

Repairs allies around you, substituting the Weapon 1.

Little Monster’s Weapons 1 and 2 remain similar to their previous version. Her Special Weapon and Passive have been redesigned.

The Weapon remains with the same mechanics, but now the damage is fixed, and the ability became of single-use – without the overheating.

Little Monster’s leap from Weapon 2 now results in another jump upon falling over an enemy, recharging the Weapon 3. Damage and cooldown have been increased.

Abruptly accelerates your machine, receiving a speed boost even when still in the air. Substitutes the Nitro.

The Weapon has been redesigned. It remains similar to Weapon 2, with the repair addition.

Crushes enemies that touch the front part of the machine, dealing damage and repairing yourself.

Fires three discs like the former Special Weapon. The one in the center gives more damage than the side ones.

It functions just like the previous version, with the only difference being that it won’t go through opponents anymore.

Weapon redesigned with a long reach frontal laser beam that casts varied damage depending on the area hit.

Weapons 1 and 2 have been switched, and their mechanics behavior has been kept. The names of the abilities have been updated.

Substitutes the Devil’s Spit ability. Shoots a fireball that causes damage to the targets hit.

Substitutes the Whirling Dragon ability. Creates a circle of fire that explodes after a while.

Accelerates leaving a trail of flames. Substitutes the Nitro.

Weapon with a similar function to the previous version, but with decreased damage.

Passive: Through the Fire and Flames

Wildfire is immune to lava.

Collision with allies and different weights

The game physics will also be adjusted during the test. Now, the cars will collide with rivals and with allies, what doesn’t happen in the current version. Besides this, their weight will be different between themselves, and this can change the match performance. For example, Little Monster is a heavy car who can push other lighter machines like Artificer.

The bomb will get its weight changed, becoming more lethal and making it easier to launch/collide with enemies. Besides, those who activate the grabber (spacebar) on bomb fights are going to be able to use their weapons normally but will have less car control.

Another new behavior is that whoever has the bomb’s possession can “break” the link between machine and bomb if they try to force their way through the blockers, for example.

Now, after being destroyed, you won’t be respawning on you base anymore and will be able to choose a point near the bomb where you desire to fall into the action. And it gets better: if you hit enemies, it will destroy them instantaneously!

The minigame has been removed, to make the beginning of the match more intuitive, making it more balanced. All cars will start simultaneously, and those who have been accelerating will get a speed boost.

The grid positions have also been automatized, giving priority to some classes. The transporter, for example, will always be in the first position, because they have the preference for the bomb’s possession.

During the test, these changes are mandatory, but we are studying the possibility to make this feature optional for Custom Matches in the future, also taking into consideration the inclusion of more characters.

The garage have been redesigned to facilitate the life of our players, providing freedom for them to focus on the action and not get stuck deciding which upgrade to purchase. The scrap/metal collected and the upgrades have been removed. The upgrades will be part of the characters.

With the goal of having tougher matches, the rounds will have a maximum time of 3 minutes. After this, the goal lines will start to move, going inwards to the middle of  the arena, reducing the track’s size and making it easier to score.

Which features will be unavailable?

During the Combat Test, some features will be unavailable. However, this does not mean that they were removed for good because it’s only for the test period. These are:

The XP and Fame gain will be the same as usual, and they won’t be removed from your account after the test.

How will we evaluate the results?

So we can better understand the effectiveness of the test, our team will use two specific metrics: the data of the match and the community’s feedback. We’ll analyze all data collected and evaluate the players’ behavior during the test, and identify the positive and negative points.

The community support, and especially the veterans, are going to be essential. At the end of each match, we will have forms to register the opinions, as well as the follow-up on all our official channels.

What will we do next?

After analyzing all the information collected during the test period, our team will discuss the future of the game. The positive and negative points will be highlighted, and it will be at that moment where we’ll decide what will be kept in the game, and what will be adjusted. The old content has not been discarded and will come back to the game, and may undergo through changes to suit the game.