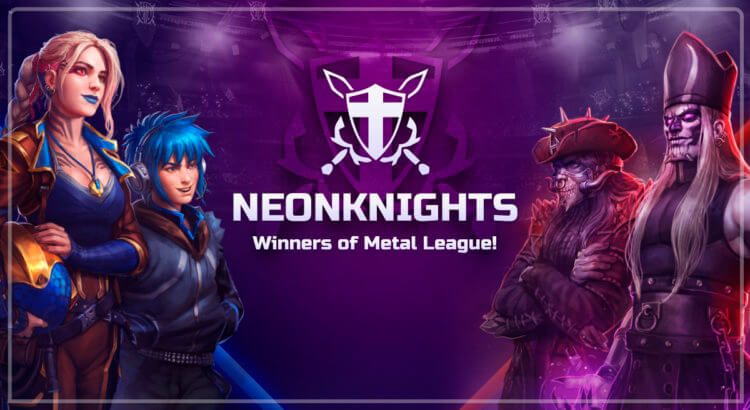 The first edition of the Metal League has ended in the past weekend. With insane and fierce battles, now we can declare the best 4 teams in Heavy Metal Machines this season:

Neon Knights were champions after beating MS. Assembly in fierce battles of a best of 3. The winning team was declared after shooting its last bomb, in a match that was 2 to 1, Neon Knights.

Communities worldwide were reunited to watch the Metal League Livestream of this Grand Finals. Watch it right now on Youtube, or this Friday, April 26th at 21h BST, on GINX TV!