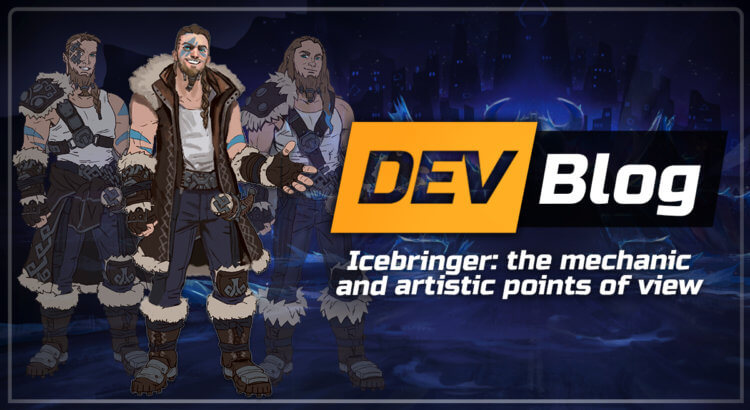 As you know, we have just released Heavy Metal Machines (OH YES!). With it, we also brought the Metal Pass (super cool, right?) and (after A LOT of spoilers) we launched the 14th character: the Icebringer, a transporter.

He is a simple (and handsome)  man, who drives a truck to deliver ice in Metal City. One day, on the way down to the town, the sacred horn of his tribe was stolen. Now, all he wants is to retrieve it and go back to his village, Beckby.

Here, at Hoplon, we make characters in two ways: from the art to the mechanics or the other way around. On Icebringer’s case (internally referred to as “Icecream”), the process started with the mechanics. Guess why? Because of you, guys! Since the beginning, we put together the feedback from the community, and that came in first place! Yeah, thank Panda, Chancellor, and Saramantis for that 😉

João “Ousado” is the game designer in charge of our newest released character. By your demand, he and his team knew that the pilot would drive a truck, be Nordic and a transporter. And handsome (oh, yes! Forgive me, but I have a huge crush on him since I saw his first concept arts). Anyway, making a character that changed the physics of the game was a big challenge and “Ousado” counted with his amazing team to make it happen well. The ice mechanics interfere with the whole gameplay structure. Think… Icebringer can push, pull, auto repair and freeze enemies in area. This is a lot! The truck is also “not so simple” to drive, and you don’t just hop in and drive a truck, right? The player is supposed to feel that despite all the advantages, Icebringer demands more skills for maneuvering the vehicle.

Meanwhile, Paulo “HAVANO!” Ítalo (a.k.a. Pítalo – yes, the same one who lead the art team on designing the Metal Pass) and his freaking-fantastic-artsy-team were working on the character’s visual. They based the character’s personality in the Regular Guy, from the Archetype of Jung. That’s is why Icebringer is a simple man. They developed some concepts, which you can check out below, by the way: 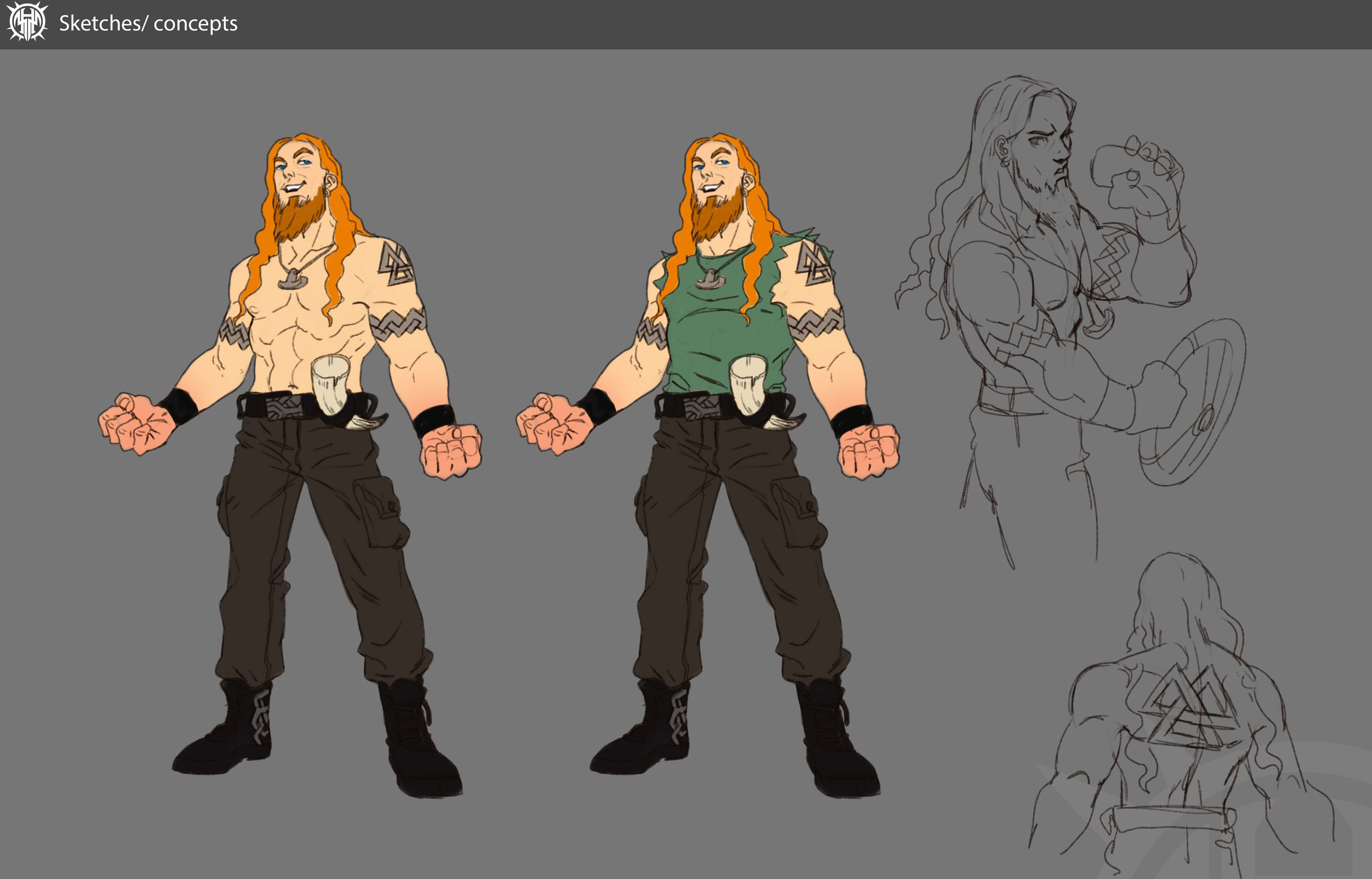 Come on, Metal City was in need of a hot guy, right? The art team worked to make every detail of the pilot linked to the Nordic culture: hair, tattoos, vehicle… His features are remarkable from the pick screen to the gameplay. Besides this culture, Icebringer was also inspired by Jack Burton, from the movie “Big Trouble in Little China”. In the movie, all he wants is to drive and live in peace. Well, who doesn’t?

Being a part of this creation process was super exciting, and if you participated on our live streams you were there too (‘cause MAN, we insisted a lot to give you spoilers all the time)! Now let’s play with him in the arenas and make everybody “cool down” (Pítalo’s-kind-of-joke). Icebringer is also available in the first level of the Metal Pass Premium: buy it and drive the truck right away! See you!